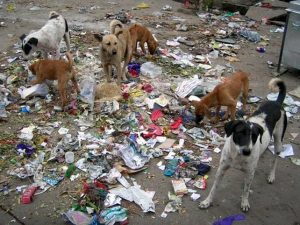 Decades ago the government of Kerala coined a phrase to promote tourism in Kerala. The think tanks of the time wanted people across the world to flow into Kerala. Realising that only around 13% on earth are atheists or non-believers in God according to demographics, they decided to include the word “GOD” into their tourist promotion slogan. They thought they could attract the remaining 87% people to this southern tip of India near the equator irrespective of their religious affinities. Ironically, no opposition came either from the governments of political parties who never believed in any form of God or from the predominant Christian communities for whom the Third Commandment of the Ten Commandments which clearly states that, “You shall not take the name of the Lord your God in vain; for the Lord will not hold him guiltless who takes His name in vain,” (Exodus 20:7 – Holy Bible) was clearly violated. Being born and brought up outside India, indeed Kerala had fascinated me right from childhood with its beautiful rivers, temples, churches and mosques in their thousands, the tall coconut trees in their millions, the scores of elephants on the roads and a people who could communicate in English and practice exemplary religious tolerance. All these factors may have encouraged the authorities to promote this piece of land as “God’s Own Country”.

Things have changed today and Kerala has captured the attention of the world itself on the issue of killing of stray dogs. The matter has been taken to the highest law-making authorities of the nation by the animal lovers, especially dog lovers. Before I pen my thoughts, let me say that I love dogs and have found them to be one of the most faithful and loving animals. Their love for their master is immeasurable. I have had a pet dog since I was twelve years old. At present I have my Rottweiler, “Bruno,” who is a member of the Kennel Club of India. It is my love and concern for dogs that prompts me to write these lines.

Those who find cruelty in killing stray dogs should have concern for their hunger and suffering as well. What options are in place currently to feed these starving animals and give them shelter? They live of the wastes of food littered on the roadside and garbage heaped everywhere. Many of them have visible skin diseases. Dogs run down by vehicles are yet another common sight on roads. Those who deplore the killing of these uncared dogs, advocate sterilization so that their growing numbers can be contained. But the question remains, who will take care of these poor animals? We may have to look deeper into the intent and plans of these well-wishers who try and defend these stray animals who are increasingly being driven to violence possibly from their hunger and suffering. How many of these advocates of dog-compassion rehabilitate these stray animals or feed them once a day? These animals in the middle of their tortured existence and suffering do not have the luxury of euthanasia which some nations provide for humans.

Is it not cruelty then to allow these animals to continue to live in misery, hunger and suffering? Let us think aloud! If we are unable to find a lasting solution and lead the nation on this issue, we may have to give Kerala a new slogan: DOG’s Own Country. Then the only consolation would be that the letters in the word GOD still remain in the slogan, just backwards. This reversal may well be a reflection that the values we treasured from old,  are slowly being reversed for the worse.