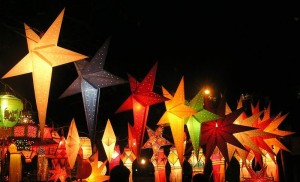 As I travelled across Kerala during this Christmas season I saw hundreds of thousands of colorful Chinese paper stars with dazzling lights adorning towns, roads, and villages of “God’s own Country”. I cannot question the wisdom of the people of “God’s own Country”, in celebrating the birth of God’s only begotten Son in a pompous manner. However, these beautifully made stars by the Chinese did raise a couple of thoughts in my mind.

I am not a Communist, but I admire certain ideologies of Karl Marx, the founder of Communism, and Mao Tse-tung, who effectively revolutionized the world’s largest populace to Communism. I have been to China a couple of times and seen the industrious and illustrious Chinese people working hard without any of the slogans, strikes, or tantrums that paralyze public life. These Christmas Chinese Stars made me wonder how different the comrades around me are.

These Chinese stars found their way to the St. Thomas Christians of Kerala too – who have been dividing and subdividing, forming thousands of churches in the love of the Son of God, who was born and grew among the poorest of the poor. Many of them are competing in their ‘star’ count for making news in the media, while some are trying to make an entry into the Guinness Records by making their ‘stars’ as big as possible.

Amidst this glamour and glitter, I was approached by a couple of villagers from a mountain-top village called Bonekkad, with an area of 1200 acres, about 53 km away from Trivandrum. They wanted food for the poor, neglected people of Bonekkad on Christmas Day.  I went there myself, to look into their sorrowful stories of starvation-deaths and poverty. I saw there the remnants of an old tea and cardamom estate planted by the British. Now there are only about 300 families left, as they have nowhere else to go. I did not see even a single Christmas star in any of their rotting shelters. There has been no supply of electricity for several years now, and Kerosene lamps are their only source of light. There are neither wells nor water supply. Their source of rust-tasting water comes through the huge rusted iron pipes laid by the British, ninety years ago from the river Kallar. There is an old dispensary without a doctor or medicines even for a fever or diarrhea. There are supposedly  4 to 5 bus services  a day to connect them to the nearest town, down the valley 20 km away but only a couple of them operate. The houses are all simply shattered shelters. There are 3 churches in Bonekkad, which belong to very rich International churches, but they have done very little for the welfare of these poor people. I shared the plight of Bonekkad with a few of my friends around the world. The Word to World Welfare ministry was established. A request was made to cut a part of their decorations and to sacrifice at least one of their delicious dishes on Christmas day, to share the joy of Christmas with these poor people. About 38 families joined me in this noble cause.

Thus we were able to provide food packets worth Rs.550.00 to each family, which included 5 kg of rice, 500g of sugar, 500 g of coconut oil, one coconut, 250g of Chilli powder, Coriander powder, Tea dust, salt, and other minor spices. While I was there, some of them asked whether we could give them a piece of cake as well – neither they nor their children had ever tasted one so far. Their request touched me and reminded of the thoughtless wastage at our homes. Special Christmas cakes were made for them. 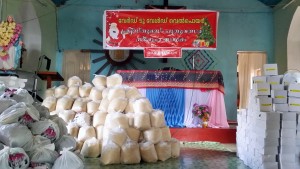 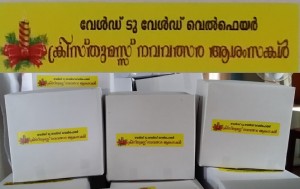 The plight of Bonekkad inspired me to search for other such places around the capital of God’s own Country. Nine other places were located and as Christmas draws to a close, the small sacrifices of 38 families have helped the Word to World Welfare to share the Joy of Christmas with 948 poor families. While the hundreds of thousands of paper stars fade away after Christmas, these 38 families radiating divine love to these poor people, have become the real ‘stars’ of Christmas!! 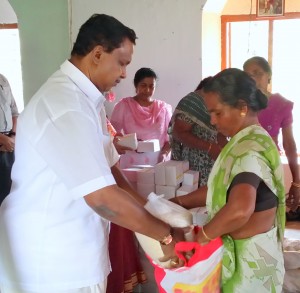 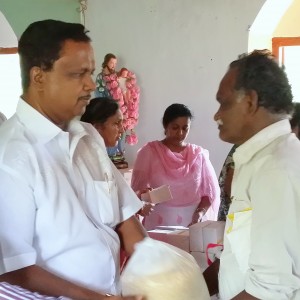 Let compassion, comfort, and care for the poor be a part of your Christmas celebrations, paving the way to Heaven’s blessings for a peaceful and prosperous New Year!

4 thoughts on “The Real Stars of Christmas”